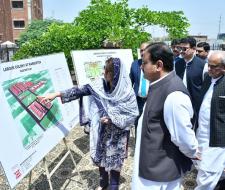 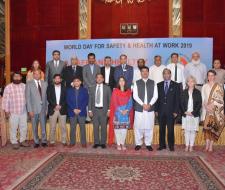 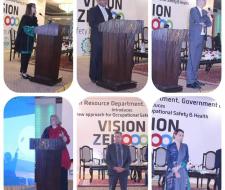 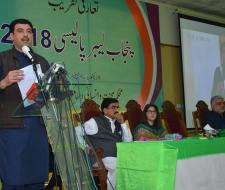 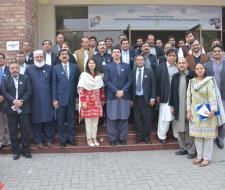 The Punjab Labour and Human Resource Department, consists of the following wings:

Secretariat of the Labour & Human Resource Department is a unit comprising of the secretary, one additional secretary and two deputy secretaries. The secretariat deals with:

The main objective of the Directorate General of Labour Welfare is the maintenance of industrial peace and ensuring the welfare of industrial / commercial workforce. This is achieved through implementation of labour laws and extra-legal efforts. Besides, the Directorate General ensures the implementation of Weights and Measures Laws. The Industrial Relations Institute imparts training to the officers of the department, trade union leaders / workers and various cadres of the management. It is the centre for the improvement of working conditions, environment functions, safety, health and working environment at the workplaces through training, awareness and advisory services.

Enlisted below are the prime functions of the the directorate:

The detail of benefits provided by Punjab Social Security is as under:

Enlisted below are the cash benefits:

Punjab Workers Welfare Fund is a corporate entity established through a notification by the Government of Punjab under the Workers Welfare Fund Ordinance, 1971. It is led by a Board of Directors comprising representatives of the government, workers and employers. The board provides a holistic package of services to industrial workers, which includes provision of marriage grants, death grants and talent scholarship, establishment and maintenance of Labour Colonies and establishment and operation of Workers Welfare Schools in various districts of Punjab

The major functions of the board are:

The Minimum Wages Board while formulating its recommendations gives due consideration to the following factors:

As a result of promulgation of Punjab Industrial Relations Act, 2010 (PIRA-2010), Labour Court was established in the province of Punjab. For this purpose, 11 labour courts have been lestablished in the province keeping in view the number of industrial workers. The labour courts which are working in Punjab are two in Lahore and one each in Ferozewala, Sheikhupura, Faisalabad, Sargodha, Rawalpindi, Gujranwala, Bahawalpur, Multan, Sahiwal and D.G.Khan. There are two Appellate Authority over these labour courts called Punjab Labour Appellate Tribunal, which is working at Lahore and Multan. The Appellate Tribunal, keeping in view the exigency of work, undertakes the tours of various divisions.